Following our recent trend of reporting on celebrity yearbook photos, we came across a story about a man who made a real find at an estate sale. 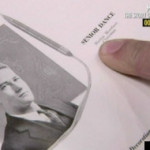 A lucky man who picked up John Wayne’s high school yearbook for only a dollar brought it into the “Pawn Stars” to see what they thought of the rare item.

Wayne’s name was Marion Morrison back then, and the guys at the shop quickly discovered that he was all over that yearbook. The yearbook was from Morrison’s senior year, and he played football, was class president and was very active in the arts. And each photo of him throughout the yearbook made it a better and better find.

The shop was thrilled with the yearbook and made a deal with the customer to buy it for $800. Considering he’d spent $1, that turned out to be a great purchase for him. And he got to see a fun piece of a movie legend’s history.

Christie’s is hosting an exciting entertainment memorabilia auction this month, including rare items such as a smashed bass guitar from Nirvana’s ‘Smells Like Teen Spirit’ music video, Indiana Jones’ whip, Mick Jagger’s performance outfit, and Bob Dylan’s signed yearbook with some advice to a fellow musician. 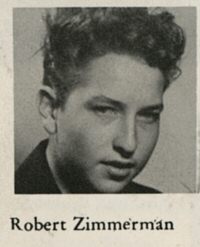 merman, with a handwritten message to a friend reading, “Dear Jerry. Well the year’s almost over now huh. Remember the ‘sessions’ down at Collier. Keep practicing the guitar and maybe someday you’ll be great. A friend, Bob Zimmerman.”

Nirvana’s Zen-On bass guitar was purchased by Krist Novoselic at a pawn shop for a nominal fee, knowing that it would be smashed to bits in the music video. Some of the guitar pieces were saved by an extra on set, and are now expected to fetch upwards of £25,000 (approx. $40,000US).

Mick Jagger’s flashy sleeveless white velour jumpsuit with silver metal details, designed by Ossie Clark, was worn by the singer at New York City’s Madison Square Garden on his 29th birthday, and is expected to sell for between £8,000 and £12,000 (approx. $13,000-$19,000US).

Keeping up with the times – QR Codes in Yearbooks! 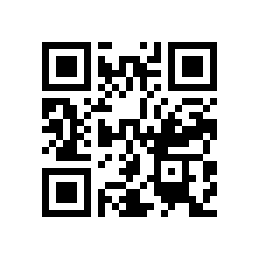 Our team was inspired this morning, after reading a story about a Texas high school bringing their yearbooks a leap forward using modern technology.

The changes sparked by new Apple mobile devices on campuses can already be seen in a long-cherished print product, the McAllen High School Yearbook. The first page of the 2012 edition sports a QR code — a kind of barcode that can be scanned with a cellphone, often to pick up website URLs.

Each QR code in the yearbook takes readers to a video of a different club or sports team, all shot with iPads distributed last year.

Check out the full story here!

So, interested in using this innovative idea for your own yearbook?  We thought so, so we put together a short tech note outlining the whole process, from shooting the video to adding the QR code to your yearbook.

A great project to help keep our memories alive longer.  Schools such as Northwest Mississippi Community College are starting to digitize printed yearbooks.

Northwest Mississippi Community College (NWCC) has its roots in the system of agricultural schools set up throughout this rural state in the early years of the 20th century. First organized as Tate County Agricultural High School in 1915, the school offered college level courses in the fall of 1926. This is a collection of yearbooks from 1929 through 2012 except for nine years after 1930 to 1940 when the nation was suffering under the Great Depression.

So how are schools like this doing it?  Here’s an article from the Sun Harold explaining the process.  As I’m sure you can imagine, it involves quite a lot of work!

Will your school be the next to get in on this innovative movement?

Happy Halloween!! Got your Halloween clipart?

We want to wish all of you a great Halloween, and send a quick reminder to be extra careful when driving tonight!  The kids tonight are going to be focused on candy, and not road safety.  We all know how unpredictable they can become when they have sugar on their minds, so watch out!

Looking to spruce up your yearbook pages with some Halloween clipart?  Yearbooks Desktop allows you to import any clipart you find on the web.  Just download it, import it to your images section, and away you go!   Having trouble finding clipart?  Here are some suggestions:

Openclipart.org has a great selection of clipart.  Here is a sampling of their Halloween clipart selection!

CLKER.com – A clipart repository where all the images have been released by their author into the public domain. Similar to openclipart.org, CLKER offers a few extra choices to round things out. (Halloween clipart on CLKER)

Clipart.com claims to be the largest collection of royalty-free clipart offered by subscription on the Web.  They have a Halloween clipart section as well!

Have you found another great source for Halloween clipart?  We invite you to share it in the comments!

Themed banners are all the rage

Banners are easily becoming the most talked about new feature in Yearbooks Desktop.  If you don’t already know, banners are themed header and footer packages that can be added to your pages.

We offer several sets of banners.  Each set contains standard headers for grades, activities, field trips, autographs, etc, as well as matching footers.  A ‘Blank’ header is also available so you can insert your own page title.

Learn how to add banners using our online help videos!  Banners can be added to one page at a time, or they can be added to multiple pages using the auto flow banners function.

Change your banner theme at any time, and watch as all of your pages are updated with the new theme automatically. 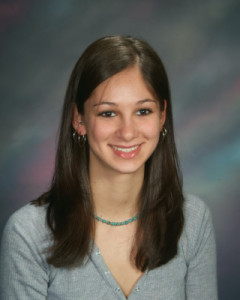 One of the first steps we face when creating a digital Yearbook is to import the student information into the program.  Once the data is loaded in, creating and organizing your pages is fairly easy, so we’ve posted some tips to assist you with your import.

Usually, photographers will provide you with a PSPA Photo CD, which is a CD that contains all of your student’;s pictures, and an index file that has been set up based on the industry standard.  This is a very common format in the industry, so don’t be afraid to ask your photgrapher for PSPA output.

Once you have your PSPA CD, importing it into Yearbooks Desktop is fairly straight forward, as is outlined in these step by step instructions on our support site.  Once your data has been imported, the program makes it very easy to correct spelling errors, adjust classes, and add or remove individual students.

But what happens if your photographer can not provide you with a PSPA CD?  Don’t worry, Yearbooks Desktop can import non-industry standard CD’s as well.  Just follow this handy guide from our support site, and you’ll have your non-PSPA data loaded in no time.

Remember, our team has been importing data into Yearbooks Desktop for years, so if you run in to a snag anywhere along the way, contact our friendly support team. 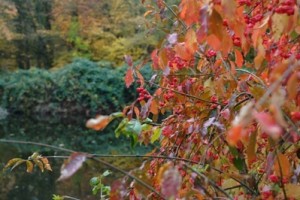 Autumn was also known as the harvest season in the earlier days. It is so because this season provides the ideal conditions for harvesting crops, fruits and vegetables. Wheat ripens during this season. In fact in most of North America, the famous harvest celebrations takes place during autumn.  Surprisingly, this overabundance of beauty can lead to unique challenges when it comes to snapping photos.  Here is an article that discusses some of these challenges, and suggests methods to overcome them.  Have a read through, to ensure that your photos look their best.

This has been a successful launch!

September is coming to and end, and we are reaching the end of our launch.  Yearbooks Desktop is more popular than ever this season, as people are excited about inexpensive alternatives for their yearbook solution.

We’ve been strengthening our support system daily, by adding tutorial videos, and help articles on our support page.  Watch for new content every Tuesday, Wednesday, and Thursday!

Are you following us on Twitter yet?  Did you know that you can launch support tickets from there, as well as facebook?  Whichever channel is most convenient for you, we’ll be there!

Do you recognize the header and footer used on this blog?  If not, you should learn about banners!  Learn about them in the help manual, or just try them out in the software!

New help articles have been added to our support site!

Instructions on how to move your pages around, as well as tips for working with two page spreads have been added to our support site!  The friendly support team at Northwestern Support Professionals is standing by to assist you with any question

s you have about our software, and help you overcome and problems you encounter.  That’s why we invest so much time creating support forums, help documents, and tutorial videos to help you along your way.