Life is especially sweet for Thomas Jacob “Jack” Black.   The son of two rocket scientists, with four elder siblings he found himself in the classic battle for attention that most youngest-born children have to face.  As a child, his first appearance in the public eye was in 1982 for a commercial for the Activision game, Pitfall (video).  It was clear from an early age that Black possessed something of a flair for acting and by the time he reached his teens, his parents urged him to switch to the Poseidon School, an exclusive privately run school that specialized in students who had trouble ‘fitting in’ with traditional educational systems.

He soon earned a place studying theater arts at UCLA, but dropped out in his second year to pursue his acting career, specifically a supporting role in the Tim Robbins film “Bob Roberts“.  His breakout role was as the wild employee in John Cusack’s record store in 2000’s High Fidelity, quickly afterwards he was landing larger and larger roles in films such as Shallow Hal, School of Rock and King Kong.

Lately, Jack Black has been headlining and touring with his band Tenacious D, who have had their own show on HBO, their own major movie release, and most recently their third major album “Rize of the Fenix” was certified Gold in 2013.

Here’s Jack Black’s yearbook photo from his days at the Poseidon School. 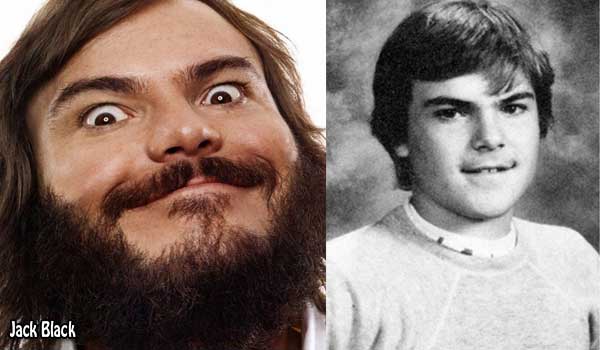